Skip to content
Are you enjoying GSA News? Get news stories delivered straight to your inbox!
Thank you!
Government Ministry of Natural Resources Politics Protests 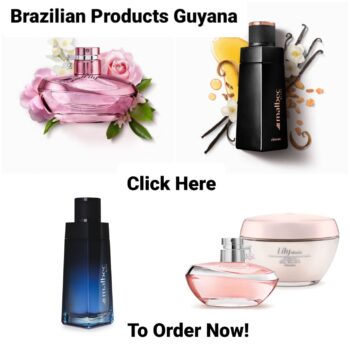 Led by social media personality, Bryan Max, about 20 persons so far have assembled with placards protesting the drafting of a controversial Natural Resources Fund bill by the PPP/C government which is expected to be voted upon today at the 34th sitting of the 12th Parliament which is being held at the Arthur Chung Convention Center in Region 4, Guyana, South America.

According to those on the scene, the new bill, which replaces the one legislated by the former APNU/AFC government, gives five handpicked persons the ability to withdraw ALL of Guyana’s oil wealth over the next twenty years. So far, Guyana has received over US$400,000,000 from oil exports and royalties which are sitting in a US bank waiting to be utilized by the government on behalf of the people of Guyana.

However, the protestors are contending that the new bill is even worse than the first one since it gives five persons, handpicked by the President, Irfaan Ali, the power to withdraw all of Guyana’s oil money and utilize it as they see fit. The protestors say the fear that the money will be stolen or used inappropriately and that Guyanese may not see substantial benefit from it under these circumstances.

While parliament is being convened at the Arthur Chung Convention Center, the police erected barricades to prevent protestors to pass beyond a certain point. The protest has been very peaceful so far.

Speaking to reporters on the scene, Bryan Max commented:

I’m out here today because I’m extremely concerned as a Guyanese for the future of Guyana. The PPP/C government is attempting to pass a bill which will allow five persons selected by the president and the vice president of Guyana to sit on a board to control the billions and billions of US dollars that Guyana will get over the next 20 years. In the APNU Administration, they had a system where over 20 persons from a wide cross-section of Guyanese – the Guyanese public would have been able to sit on a committee to decide on projects for Guyana. Here it is this government is about to override that law and bring a new law in place in which only five hand-selected persons would sit on the board to decide the fate of millions and millions of Guyana dollars. They can literally do whatever they want to do with it. Right now I think we have about 600 million US dollars sitting in an account in New York. They want to literally drain that account. If this Bill is passed today, within a month, if they can actually get pass the checks and balances of the Federal Reserve Bank of the US, the government of Guyana will take that entire 600 million US dollars – every last penny of it out, and do what they want to do with it. We have seen in the past, failed projects under this PPP/C government. We’ve spent hundreds of billions of dollars on failed projects. Projects such as the Skeldon Sugar Factory that was built by the Chinese for 200 million dollars. And up to this day it is a white elephant staring back at us. Look at the hundreds of millions of dollars we’ve spent on the airport with the Chinese. Look at that horrible Sheriff Street Road. That horrible project that looks as if a child is building it for hundreds of millions of dollars – when they could have simply put a fresh coat of asphalt on Sheriff Street and Mandela and spend that money instead on the small villages and the roads of the small villages of Guyana. Wasted money. And that’s what Jagdeo is good for – for wasting Guyana’s resources. If Jagdeo was spending his own money, he would be living in the Dharamsala today, because he would be broken, because of the amount of failed projects behind him, his money would have been done. And this is the guy we want to give full access to every penny of our resources…for him to do what he wants to do…with just five handpicked PPP/C persons to sit on a board. I don’t think so. And that’s why I’m out here today – to demand that this bill be scrapped. And if we can’t get it done as Guyanese, I want to call in the international community…I want to call on ambassador Lynn from the US…who I’m quite sure is not happy with this new procedure…this new system that is about to be implemented. We must have international persons involved in this process. We have proven in the past that we cannot manage our own affairs by ourselves and we must get big brother to look out for us. And I’m calling on the ABC countries. I’m calling on the UK and the United States to take a look into this. It is too much riding on the line for Guyana and the children of Guyana. And we cannot allow it. Jagdeo must not be allowed to have that level of access to this money, because he’s going to blow it away, and I don’t know what else he is going to do with it as well. Thank you very much.

Of course we don’t want them to make decisions for us (especially jagdeo) the Guyanese people must have a say and not one political party,,we are an inclusive Nation and all must be involved…. what are these ABC county doing about this, when jagdeo is a trained socialist and communist student of Russia, do they in favor of dictatorship..