Skip to content
Are you enjoying GSA News? Get news stories delivered straight to your inbox!
Thank you!
Monuments Region 4 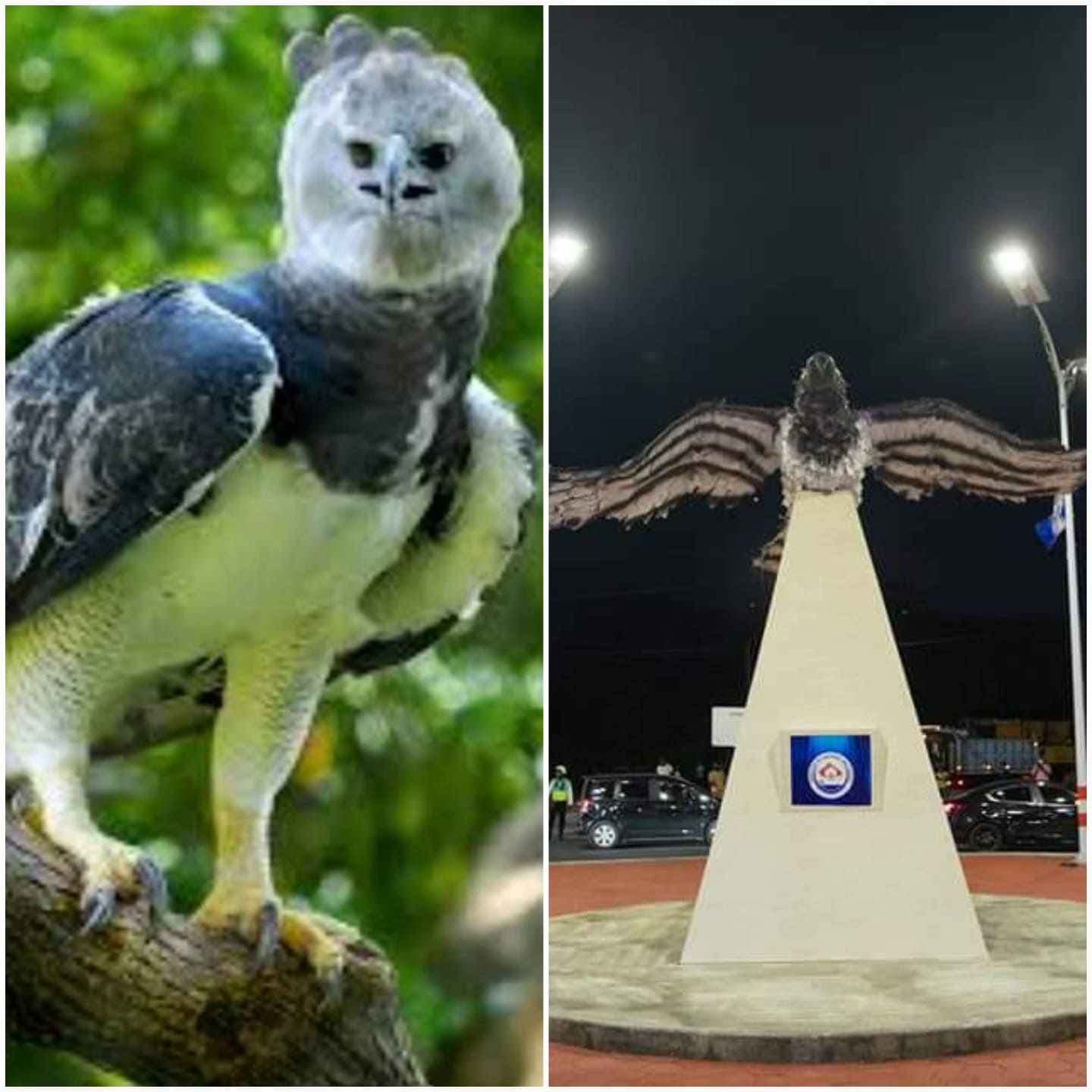 The clawless bird seems stuck at the top of the rock and is a poor depiction of the actual harpy eagle.

According to the president, the monument represents the strength of the country. The wings signify the protection of the citizens while the claws are a symbol of the power that will lift the country’s economy to the highest point.

While some, especially die-hard government supporters, have lauded “the government’s efforts,” many others have strongly criticized what they describe as a mediocre work of art. For one, it is clear that the monument is a poor depiction of the image of an actual harpy eagle. Take a look.

The wings signify the protection of the citizens while the claws are a symbol of the power that will lift the country’s economy to the highest point.

Ironically to the symbolism stated above, the monument of the harpy eagle sports no claws, and it was not designed in a way that adequately portrays the power and prowess of the eagle. In fact, the bird appears to be impaled and powerless on top of the rock.

Here are some monuments of the harpy eagle we gathered from around the world.

And here is a sculpture of the harpy eagle.

Below is a comment from professional Guyanese artist, Courtney Douglas

What are your thoughts? A proposed sketch for a redesign for the Harpy Eagle (below). I’m not one to degrade anyone or their work. However, there are many talented Guyanese artists who I know would have done an awesome job if given the opportunity. We always want to showcase our best to the world. Let’s put aside politics, race, and religion, and express togetherness. I’m not saying this should be the design, but something like this would be ideal.