Skip to content
Are you enjoying GSA News? Get news stories delivered straight to your inbox!
Thank you!
Death Disasters Fire Tragedy 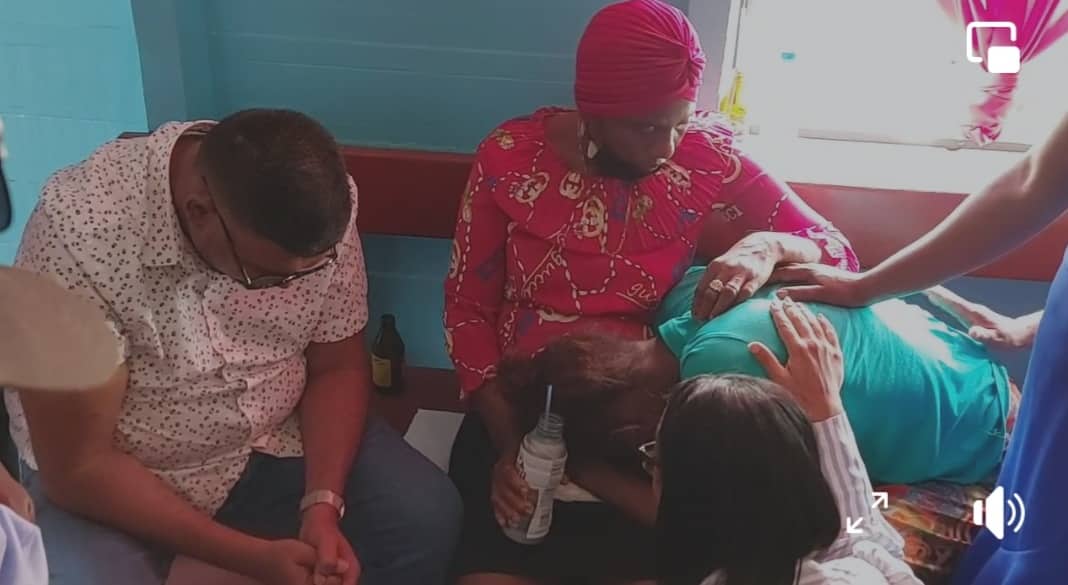 President Ali and his Ministerial Team were in Essequibo for Independence Day Celebrations when the tragic news of the three children who perished in an early morning fire reached them. According to a Live Report by the Guyanese Critic, the President and his team flew straight to the Police Club Sports Ground in Eve Leary, Georgetown and met with the mother of deceased children. Tracy Flur, 23, was apparently taken there by the police as investigations into the incident continue.

At the Police Sports Club Ground, Minister of Tourism, Industry and Commerce, Hon. Oneidge Walrond, was seen kneeling, her hands over the inconsolable mother, and praying for her. President Ali was seated next to the mother with his head bowed in prayer also.

According to reports received, the fire occurred in the early morning hours of Thursday, 26th of May, behind Mocha on the East Bank of Demerara. It is believed to have started around 1:00 A.M. Tracy Flur was at the time working as a security guard when she was informed of the fire and rushed to the scene. Her three children, 8-year-old Timothy Kippins, 6-year-old Trayshaw Kippins, and 1-year-old Zhilia Flure, who were left alone at home, were killed in the fire.

Tracy told reporters that she had recently ended an abusive relationship with a man against whom the police had issued a restraining order. She explained that her ex partner had constantly threatened her life, and as such, a wanted bulletin was issued for him. The fire was therefore initially treated as a suspected case of arson/murder.

However, in a dramatic twist of events, the Guyana Fire Service said today, at around 5 PM, that the fire which killed the three children was caused by an electrical fault.

This is a developing story. We will update this article as more details become available.