Skip to content
Are you enjoying GSA News? Get news stories delivered straight to your inbox!
Thank you!
Bharrat Jagdeo Corruption Government PPP/C 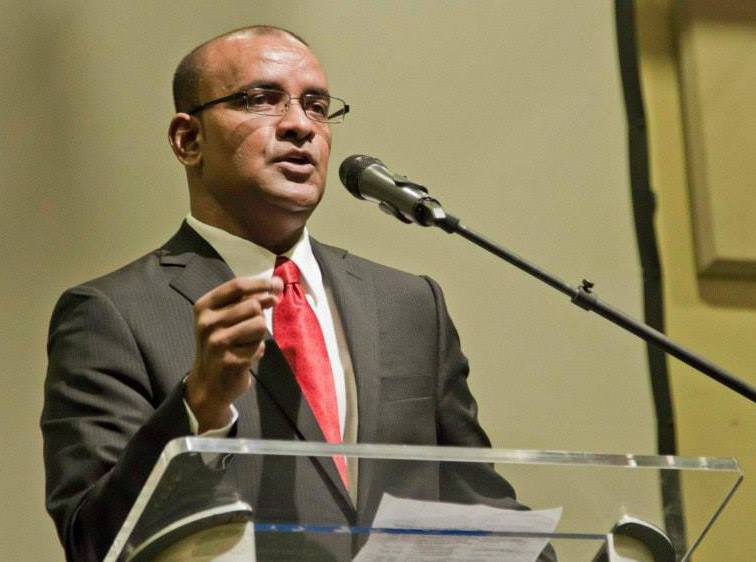 Vice President of Guyana, Dr. Bharrat Jagdeo, said today during a Press Conference that he had no idea he was being filmed by Vice News when they sent undercover agents to his home. However, he said he does not blame them for trying to produce sensational content that appeals to the masses.

Jagdeo said that Vice News has reputational issues globally, and suggested that they are eager to produce sensationalized content which appeals to a US audience such as showing corrupt third world leaders and portraying China’s dominance of the world. He posited that the publication is profit driven because they have to produce what sells. Further, the Vice President said that the undercover operation failed to link him to corruption.

The Vice President posited that Vice News has an agenda to portray third world countries as corrupt, and specifically that Guyana is giving China an upper investment hand. However, China is not the biggest investor in Guyana according to Jagdeo.

Dr. Jagdeo further stated that he has never taken a bribe and therefore Vice News will never be able to prove that. He explained that the undercover operation was having hardship after he declined the initial invitation for a meeting with Su and the undercover agents. However, they insisted by calling him repeatedly.

During the interview at Jagdeo’s house, Jagdeo said that Vice News tried to establish inconsistency between him and Su, but were unable to. Jagdeo said they talked for about two hours, but that Vice News only showed the world 15 minutes, and further, he said that during those 15 minutes, the undercover agent was never able to get him to accept bribes since he never does so.

They asked, “Is he your friend?”

Jagdeo further explained that the project in question was Su’s project, and not a government project, and he said he would facilitate the project from the government side. Jagdeo said they were trying to get him to say that the casino license would be given to them exclusively.

In October, 2020, the Minister of Tourism put out an ad for expression of interest for people who are interested in building hotels in Guyana. It received about 18 applications. Of the 18 proposals, 12 received MOU. Since then, Su had put in an expression of interest through a public process and was one of the 12 who received an MOU. MOUs were standard. If you have a hotel that is above 150 rooms and 4-star service, you can get a casino. Su did not get anything special. I don’t know what Su had been telling people.

Jagdeo says he has no assets abroad…that all his assets are in Guyana and are declared to the integrity commission.