Skip to content
Are you enjoying GSA News? Get news stories delivered straight to your inbox!
Thank you!
Weather

Ice Rains Down from Skies Over Region 7 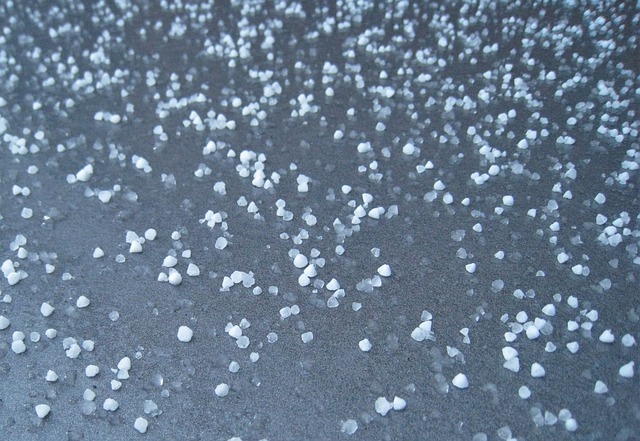 Residents of Region 7, Guyana, South America reported yesterday, 17th of September, 2022, that ice rained down from the skies over an extensive area across the Region. A resident of Kamarang, Veronica Clement, pulled out her mobile phone and made a video showing the ice pellets falling near to her home. The video is posted at the bottom of this article.

The downpour of ice pellets lasted only about two minutes and was accompanied by heavy winds. This weather phenomenon might have been a hailstorm.

Hailstorms are strong thunderstorms with updrafts that have enough energy to lift hail as it falls, so that it will refreeze. The clouds associated with these strong thunderstorms that can produce hail are called cumulonimbus clouds and can look like big anvils. Hailstones begin as tiny ice nuclei when liquid droplets become frozen as the updraft of a thunderstorm forces them high enough into the atmosphere to freeze. The hailstones have to refreeze several times to grow large enough for gravity to pull them down to the surface.

Needless to say, when we posted the video of the hailstorm on our Facebook Page yesterday, it went viral and caused nationwide alarm. Many people commented that it is “the signs of the times,” and that “Jesus is coming soon.” Some say they do not believe this happened in Guyana.

While these bizarre and unusual weather phenomena such as hailstorms, ball lightning, tornadoes, and funnel clouds might have been happening since the beginning of time in Guyana, it is only now through the proliferation of mobile recording devices and internet technology that people from across large distances are able to be made aware it.