Skip to content
Are you enjoying GSA News? Get news stories delivered straight to your inbox!
Thank you!
Robbery 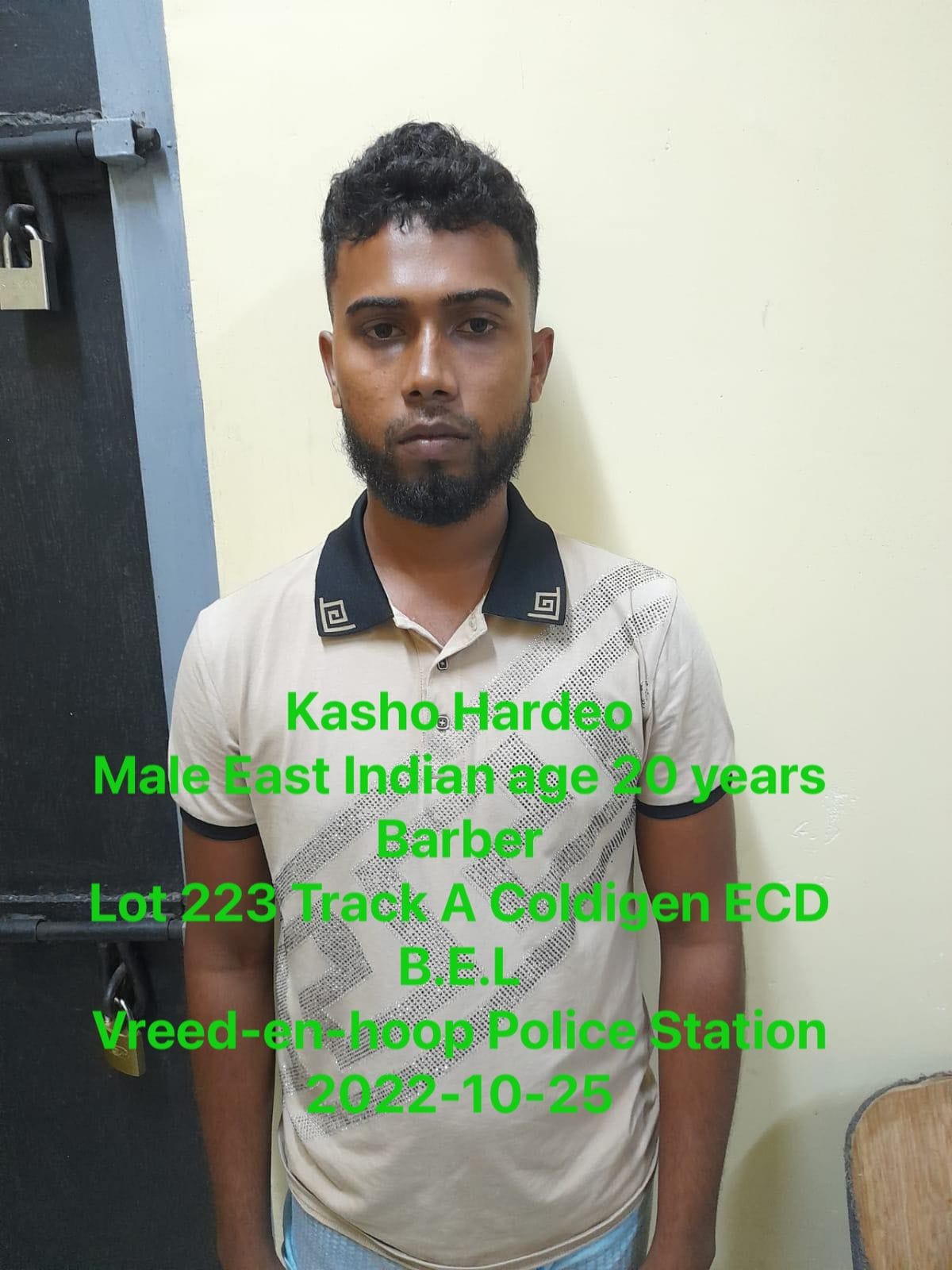 On the 21st of October, 2022, Kasho Hardeo, a 20-year-old barber/construction worker of 223 Track ‘A’ Coldingen, East Coast Demerara, and Hansraj Madhu, a 46-year-old construction worker of 236 Track A Coldingen, were arrested by police and charged on the 25th of Octobr, 2022 for the offence of Break and Enter and Larceny committed on the dwelling house of Yaynauth Ramkissoon, a 34-year-old businessman of Coglan Dam, West Bank Demerara, which occurred on 20th of October, 2022.

Hardeo and Madhu appeared today before Her Worship Magistrate Faith McGusty at the Vreed-en-Hoop court where the charges were read to them. They both pleaded not guilty, and were each placed on $500,000 bail each. The matter was adjourned to 12th of December, 2022 for report.

MILLIONS IN CASH RECOVERED BY POLICE

— that were stolen from Coglan Dam businessman during break-and-enter

Kudos to Commander Mahendra Siwnaine and his investigative ranks in Regional Police Division #3 for their excellent work in recovering over $7M, thus far, that were stolen during a break-and-enter-and-larceny on the dwelling house of a businessman of Coglan Dam, West Bank Demerara three days ago.

Enquiries disclosed that the victim is living in a one-flat concrete and wooden building facing north in a well fenced yard. Same consists of two wooden doors, one to the north and one to the south, both of which are secured internally and externally by tower bolts and manufacturer locks, respectively.

On the date and time mentioned above, the businessman’s wife secured the home by all means provided leaving everything intact and went to the doctor’s office at Vreed-en-Hoop, WCD to take her son who wasn’t feeling well.

About 09:00 hrs, she returned home and discovered the top half of her back door was wrenched off. Further checks in the home revealed that her bedroom alone was ransacked and the aforementioned items were missing from a bag in a wardrobe and the jewelry from the vanity.

The scene was processed by police and several persons in the area were questioned.

During the ongoing investigations, over $7M in cash stolen were recovered by the police.

On Friday October 21, 2022, between 14:00 hrs and 19:30 hrs, further investigations were carried out in respect of the said break-and-enter and larceny, and the two main suspects — a 20-year-old barber and a 45-year-old farmer, (names withheld) of Coldingen, East Coast Demerara were arrested and interviewed.

The suspects took the Police to their Coldingen residence. One of the suspects pointed out two areas in his yard where he dug up and handed over to the Police $1,160,000, and $1,495,000 respectively and a quantity of gold jewelry.

The other suspect (farmer) took the Police to an area on his farm where he dug and nothing was found. However, his wife — a 47-year-old vendor, handed over $1,495,000 and a quantity of gold jewelry, and her adopted brother, a 38-year-old of Non Pariel, ECD handed over $1,660,000, which they all claimed were given to them.

Statements were taken, the suspects were arrested and investigations continue.