Born in Queenstown on the Essequibo Coast of Guyana, Denise completed her secondary education at the North Georgetown Secondary School. She later studied advanced English and completed Cambridge Certification along with teacher’s training in Brazil which qualified her to teach English in Brazil.

I have been an English teacher here in Boa Vista, Brazil, for a total of 16 years. The first three years at Yazigy and SENAC. Then while working at SESC, I was at Rei Solomaõ for a year. At SESC, I taught for almost 13 years. 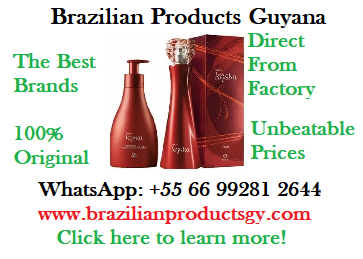 We the Secondary level teachers had been getting double the salary of the Primary and Nursery. Management thought that they needed to cut on expenses and therefore laid off all the Secondary teachers within three years. I was laid off for two years starting in January 2018.

I was one of the oldest in terms of years teaching there. While at Yazigy, I had a close friend who was the first English teacher at SESC. She also used to give classes to the President of FE Comercio and some other big guys. At times she invited me there with her. Then once while on leave she asked me to give them some classes also I substituted for her at SESC.

I was determined to do my best while giving classes at SESC for those two weeks. I did activities with music, educational games, and I tried to motivate them in the best way I could so that they would be attentive and do texts and exercises in the best ways possible. All of those kids fell in love with me.

Then, one day, they took me to the coordinator and told her that they wanted me to be the teacher. It was mixed feelings. I was happy and embarrassed at the same time. Of course I thought that if ever there was a vacancy, I might be lucky to have it, but I never wanted to replace my friend.

So, the coordinator said, ” OK kids, when when we get more students and we need another teacher, we would let her work here with us.”

Teaching was part-time for my friend – she had been studying law at the Federal University. So after some months, it was time for her to leave and she took in my curriculum hoping that I would fill the vacancy. The coordinator there had left and moved over to SENAC. The administrators at SESC wanted the best for the school an so obviously, they chose the best curriculum. My Portuguese was poor, no university degree and they preferred a teacher with an American accent.

The teacher they got was fired a few months later. By then the new coordinator had heard about me and decided to give me the position. There were loud screams when she introduced me as the new English Teacher. The students who knew me all ran up and circled me. That was all the admin needed to know: that the students would be in good hands.

Editors Note: Initially, we erroneously wrote that Denise was born in the Rupununi when in fact she was born in Essequibo Coast.

Do you have an inspiring story to tell about Guyana or the people of Guyana? Email us at contact@guyanasouthamerica.gy or inbox us via our Facebook Page.