Skip to content
Are you enjoying GSA News? Get news stories delivered straight to your inbox!
Thank you!
Death Death Announcements People Tragedy 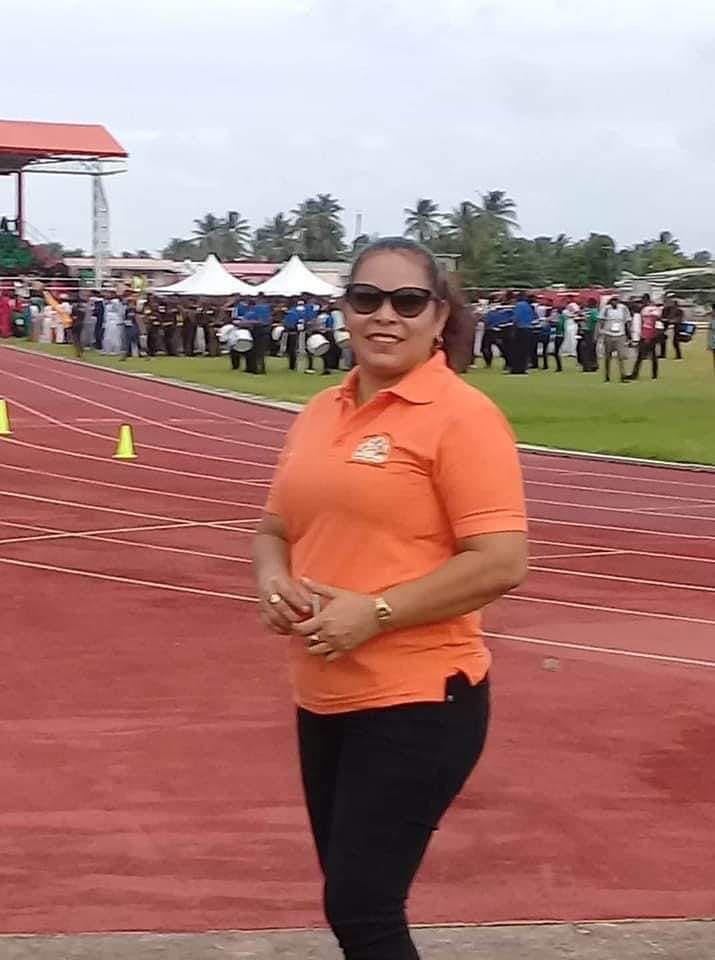 Chief Medex of the Ministry of Health, Lolita Ribeiro, passed away last evening, 26th of April, 2022, after losing a year-long battle with cancer. She was 45 years old at the time of her death. Ms. Ribeiro was diagnosed with cancer in late April, 2021 after testing positive for Covid-19. She was treated in both Guyana and Suriname. In January, 2022, she reported feeling better and was back on duties as Chief Medex.

Born in the village of Santa Rosa in Moruca, Region 1, Lolita had a lifelong passion for the medical profession. Despite discouragement from her mom, she pursued her dream courageously. In an interview with Stabroek News earlier this year, Lolita explained that her mother was scared that she might come in contact with HIV positive persons and contract the disease accidently, because at that time, HIV/AIDS was making the headlines and many people were fearful. But this didn’t stop Lolita from following her dreams.

At an early age, she realized her childhood dream of serving her community at the Kumaka District Hospital as a nurse. In 1995, Lolita graduated from Santa Rosa Secondary School and enrolled in the professional nursing programme at the Georgetown School of Nursing. She completed her training at the Georgetown School of Nursing in 1999 and was immediately assigned to the Georgetown Public Hospital Corporation where she served for 4 years. In 2003, Ms. Ribeiro requested a transfer to the Kumaka District Hospital where she served for nearly two years before embarking on the Medex Training Programme which started in September, 2004.

I wanted to do more for our people. There was one medex serving a large population. There was no doctor.

Ms. Ribeiro explaining to Stabroek News why she requested transfer to Region 1

In 2006, Ms. Ribeiro successfully graduated from the medex programme and returned to work at the Kumaka District Hospital as a medex. She worked along with Medex Lexus Jose who unfortunately committed suicide around January, 2007.

His (Medex Jose) death by suicide was very heartrending. I was still new on the job. I was left alone. I worked from January 2007 to 2009 by myself on duty, round the clock, without any on-call allowance and without any overtime…just a flat salary. When patients came at nights, I had to get up. I had a midwife and a nursing assistant for a very large population. I was responsible for Kumaka District Hospital and at the same time supervising 18 other health facilities, including two health centers and 16 health posts.

Lolita Ribeiro in an interview with Stabroek News in January, 2022.

Ms. Ribeiro’s portfolio as Chief Medex included supervisory visits to different regions to ensure, among other things, that records and reports are up to date. During her 25+ years in service to the public health sector, Lolita Ribeiro positively impacted the hearts and lives of thousands of people both in and out of the medical profession. The Ministry of Health, in a statement today, described her as “thoughtful and generous” and said that the Ministry of Health has “lost a great soul.”

Gone but not forgotten, Medex Lolita Ribeiro will live on in the hearts of countless people whose lives she positively impacted.